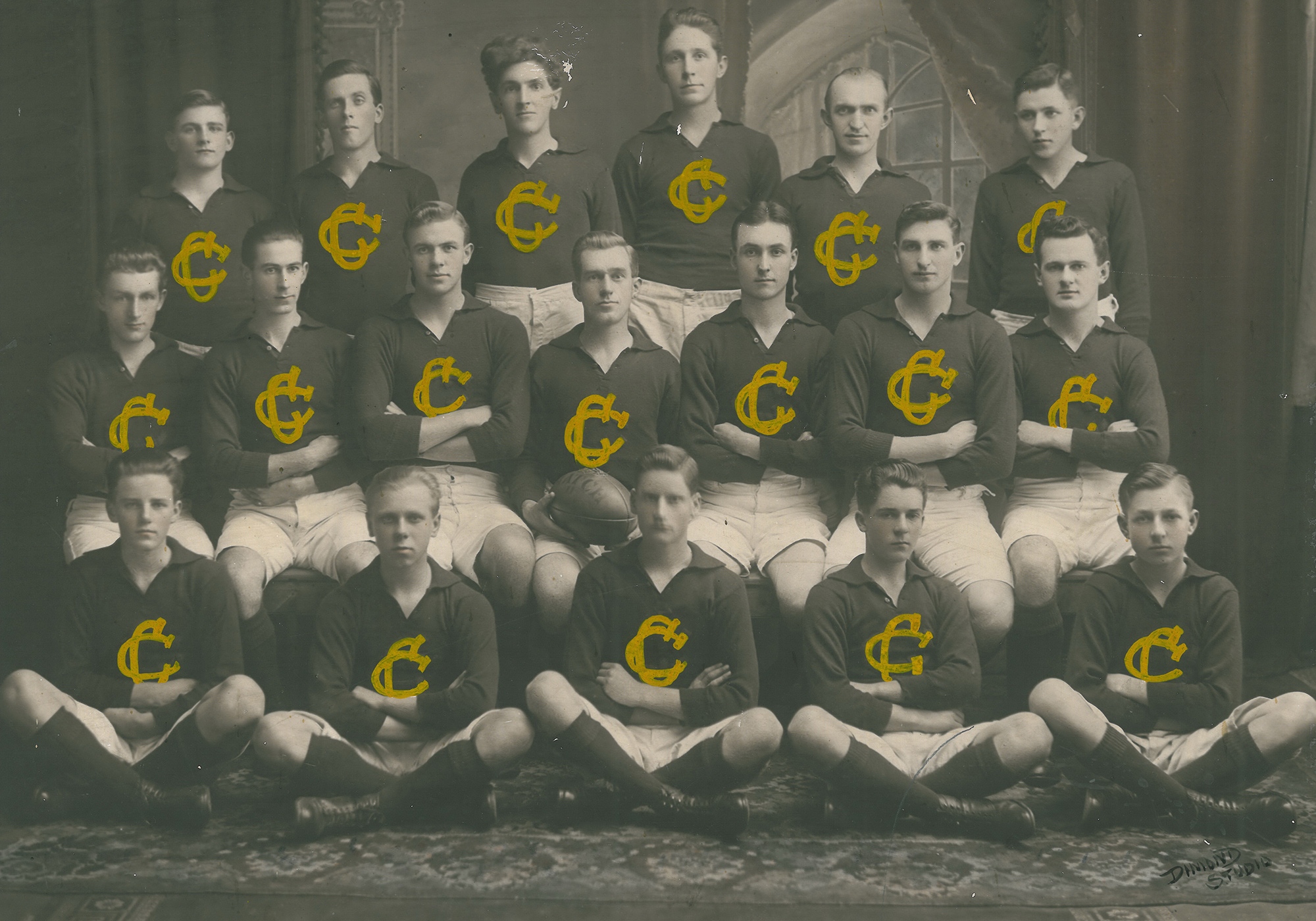 In 1916 a distinctive new jersey was introduced, and when this came to the attention of the headmaster of Queen’s School, North Adelaide (1890-1946) he sent a letter of concern to Concordia’s headmaster Dr C F Graebner. He pointed out that Concordia had decided on ‘chocolate and gold’, the very colours he believed had been registered for his own school’s football team. He also discovered that Concordia had gone as far as ordering a supply of the same jerseys he had designed, and that they had even instructed the supplier not to sell them to anyone else.

His letter concludes: ‘I must beg to protest strongly against your infringement of the colours which we have worn for 26 years and especially of the conduct of your football club in an attempt to deprive us of our own colours and design.’

While there is no record of a response to this letter, Concordia retained the colours of brown and gold. However, there were some further developments. In 1920, footballers were wearing long loose white shorts and jerseys with pockets displaying a small gold cross; and by 1923 the jersey displayed a large gold monogram of two Cs linked together in a shape intended to resemble a cross. This was heralded as a marked improvement, and a special hand-coloured photo of the First XVIII was produced.