Boarders and their Bikes 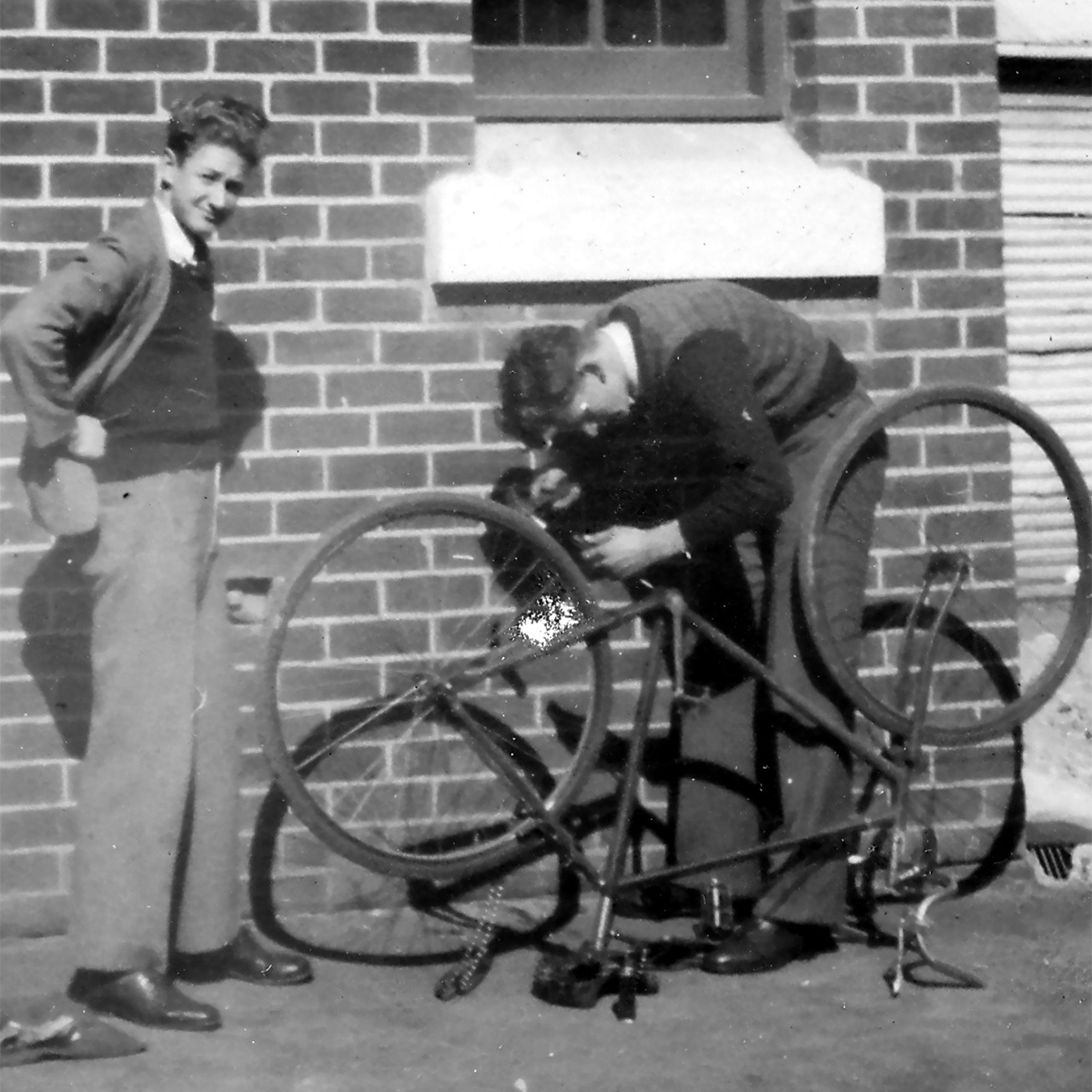 During the 1930s and 1940s, bikes provided boarder boys a welcome degree of freedom on weekends.

Many students spent Sunday afternoons either exploring the nearby hills or dismantling their bikes and assembling them in new combinations. By 1936, a new shed near the back gate in Winchester St housed fifteen lovingly cared-for bikes.

Pastor David Paech, a student during the 1940s, has this to say in his memoirs:

‘Bikes were very important simply because they were the only means of free transport. When we went to the city e.g. to Bethlehem Church for Sunday night worship, it was sometimes on the Kingswood ‘rockers’, the name we gave to the smaller older trams with the centre bogies, so named because they were the only trams that could get around the famous S-bend in Duthy Street. These trams sometimes came off the rails, always a talking point and [a] good excuse for being late home. They were an open type of tram and not good in wet or windy weather, but excellent in summer. More often we rode our bikes to the city to save the four pence fare each way.’

The Brown and Gold magazines during these years feature many photos of bikes as well as anecdotes on their use.