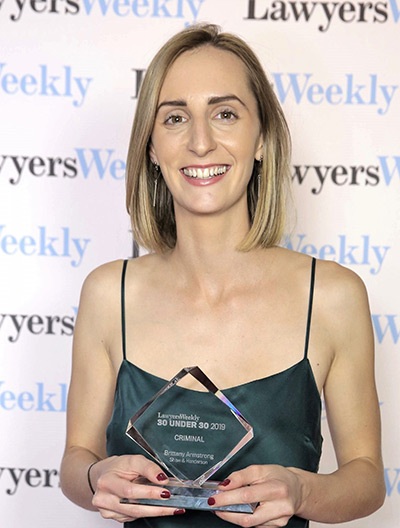 Since finishing at Concordia, Brittany graduated from the University of Canterbury with a Bachelor of Laws and Bachelor of Arts. Brittany keeps connected with Concordia by attending the Themis Law and Justice Society dinners held annually at the College.

Since her admission to practise in 2016, Brittany has made an outstanding contribution to the community, particularly in the area of at risk and disadvantaged youth. She has pursued current failures of the system in relation to the care of children, especially in State care, and has been instrumental in delivering the Ice Factor Program which has touched the lives of over 2000 at risk high school students.

Brittany is well respected by her peers and colleagues and has made a name for herself as a leading junior criminal lawyer. In 2019 she was recognised as one of the top young lawyers in Australia when she won the 30 Under 30 Award in the area of Criminal Law.