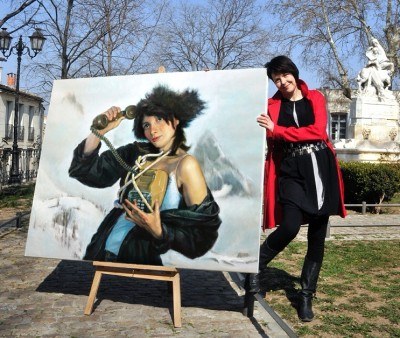 Chris Aerfeldt trained as a high school art teacher but discovered that actually making art was her first passion. Although she had always painted, in 1997 she took the plunge and began a second degree in visual art at Adelaide Central School of Art. Chris graduated with Honours and immediately began exhibiting her work in galleries in South Australia and Melbourne.

In 2006 she was awarded the Samstag Scholarship for overseas study and in 2007 received her Masters in Fine Art from Chelsea College of Art and Design, London.

Chris's work is held in numerous collections including Charles Saatchi, University of the Arts London, Art Gallery of South Australia and Artbank Australia. She is currently based in Montpellier, France.