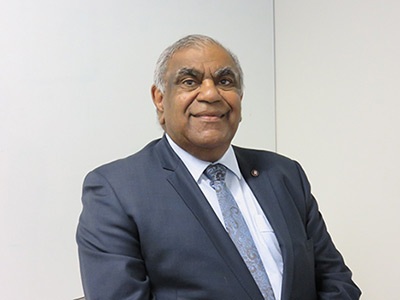 Dr Thomas, a Kokatha and Mirning man whose families are from the west coast and northern regions of SA was the inaugural Professor of Indigenous Engagement and Adjunct Professor of Education at the University of Adelaide.

Dr Thomas was the first Aboriginal person to obtain the level of Professor at the University of Adelaide and the first to receive an honorary doctorate. He has held posts on state, national and international committees.

In 2017, Dr Roger Thomas was appointed as Treaty Commissioner to lead treaty negotiations to strengthen the relationship between the government and Aboriginal South Australians.

In 2018, Dr Thomas took on the role of Commissioner for Aboriginal Engagement, to support the Government’s priority to find “more practical and timely” ways to support South Australia’s Aboriginal communities.