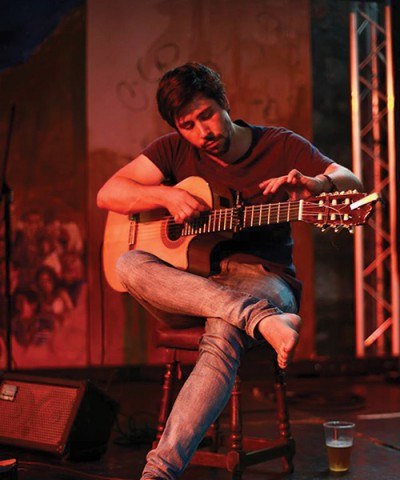 Since becoming a professional musician in 2011, Geordie Little has travelled between Adelaide and Berlin, developing his own mix of percussive finger and lap style guitar and performing on streets and in venues to critical acclaim.

Geordie is currently in the process of writing and recording his fourth solo album, working on a new ambient electronic project with various Berlin producers, writing for Little Spencer, and preparing to tour his talest show, 'A View from the Street' (Winner of Best Music Weekly Award, Nominated for Best Music Overall at the 2014 Adelaide Fringe Festival).

Read more about Geordie and his music at www.geordielittlemusic.com