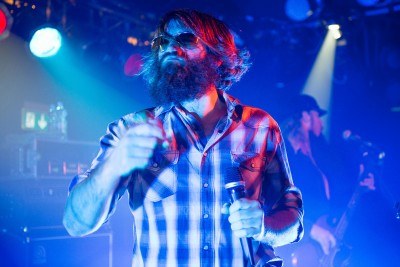 After graduating from Concordia in 1999, Joel’s passion for music took him to the Elder Conservatorium at Adelaide Uni where he completed a Bachelor of Music in Jazz Saxophone.

His music career has since led him into teaching, music retail management, professional songwriting, and of course live performance, most notably as the frontman for rock band The Beards.

The band became a staple of the Australian live music scene, frequently appearing at festivals such as Big Day Out, Falls Festival and Bluesfest, gaining entry into Triple J’s Hottest 100, and being nominated for APRA Song Of The Year and multiple ARIA awards.

The Beards have performed as far away as Alaska for the World Beard and Moustache Championships, and have toured the USA, Canada, and Europe, where they sold-out shows in such places as London, Amsterdam, Copenhagen, Dublin, Edinburgh, Hamburg, Frankfurt and many more.