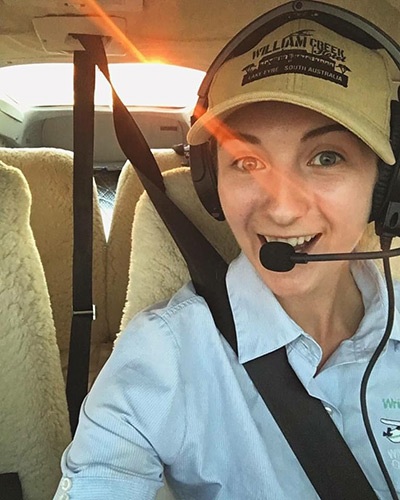 After completing the IB at Concordia, Katrina Humble (2013) began working as an outback pilot for Wrightsair. Based at William Creek, 1100km north of Adelaide, Katrina participated in important conservation activities such as aerial baiting of foxes and dingos, possum tracking and fire spotting. She has also worked as a tour guide of South Australia’s most northern locales including Lake Eyre. In March 2017, Katrina was a guest speaker at a Women of Aviation Worldwide Week event held at Port Pirie Airport.