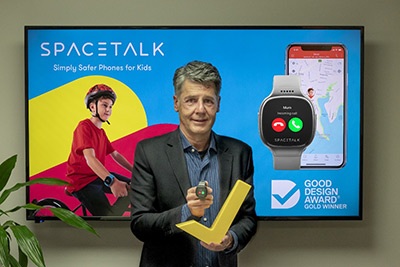 In addition to being a past President of the Old Concordians' Association, Mark Fortunatow is Co-Founder and Chairman of MGM Wireless, Australia's leading provider of school communication and children's wearable mobile phone technology.

In recent years, MGM Wireless has launched a product called SPACETALK, which is an all-in-one children’s smartwatch, mobile phone and GPS device that allows parents and young children to be in constant contact without exposing kids to the dangers of social media, apps and unrestricted access to the internet.

Since Mark co-founded MGM Wireless over 18 year ago, the company has employed more than seven Old Concordians, some of whom were directly involved in the design of SPACETALK, and provided several Concordia students with valuable work experience.