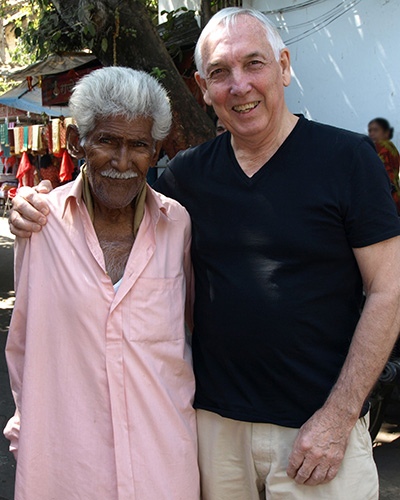 Rob spent around 30 years as an ex-pat working for Sodexo, a multi-national French company, mainly in Asia. He was the Chief Electrical Engineer for the Asia Pacific, however, in his role he worked in most parts of the world with the exclusion of North America. Rob also worked as far north as Aberdeen and the Orkney Islands in Scotland and as far east as China.

After 30 years away from Australia, Rob retired and returned to South Australia in 2015, settling at Jamestown, where he raised his son Nicholas.

He extends an invitation to Old Concordians to visit his museum established in the historic Jamestown Railway Station, which he is slowly renovating.

The photo was taken at a market in the city of Pune, the IT centre for India where Rob was based for four months in 2015.