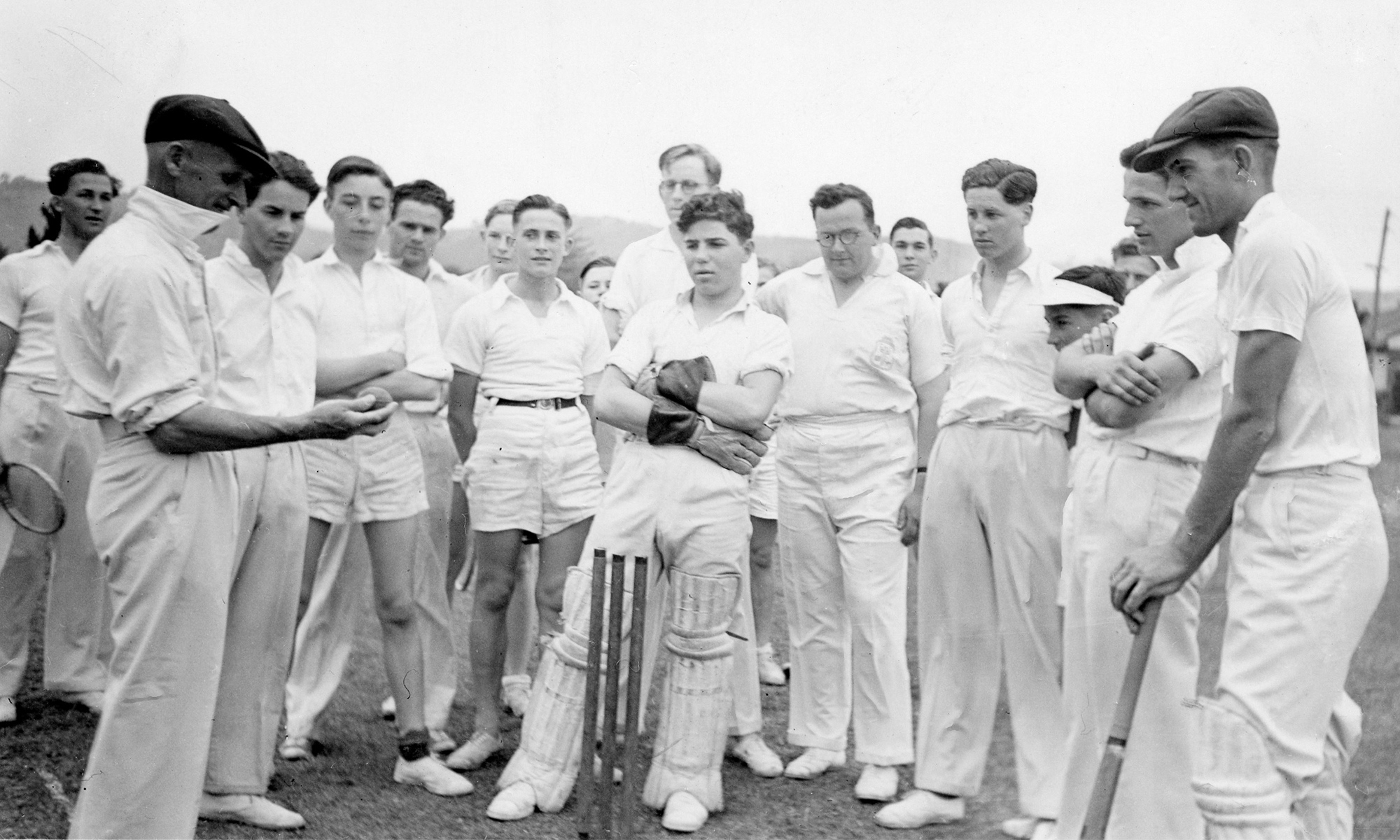 This was largely due to the expert coaching of Mr Clarrie Grimmett who was engaged as a coach in 1939. He was a renowned international cricketer, one of the finest early spin bowlers, and credited as the developer of the ‘flipper.’

Over five years of his coaching of the First XI, the team won the premiership in the Students Association four times. However, by 1947, cricket at the College, together with football and athletics, suffered a major setback.

Until late 1946 Concordia’s oval had been little more than a rock-hard paddock in dire need of ploughing and grading. After the surface was upgraded and re-turfed, grasshopper plagues twice stripped the oval bare. As a result, the whole area was quite unusable for all sports, and it was no longer possible to retain the services of Clarrie Grimmett.