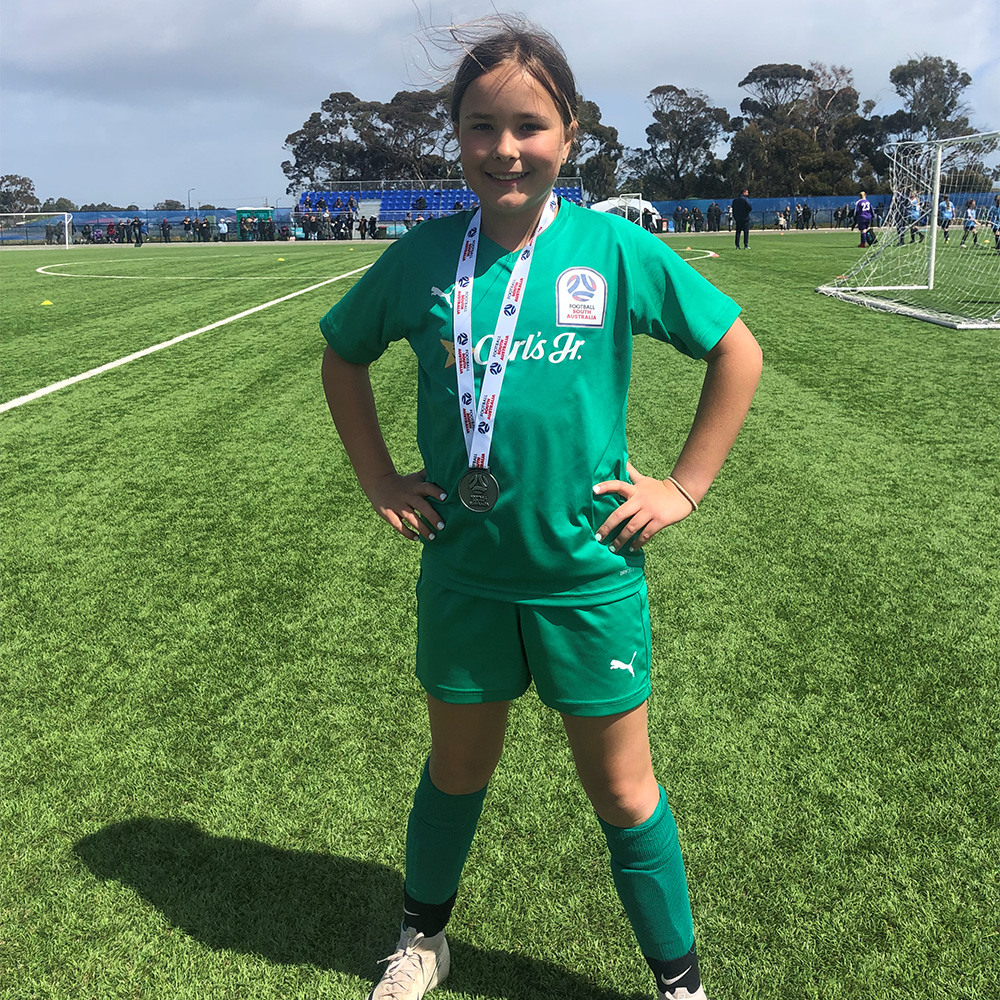 Millicent (6B) was selected for the Football SA, State Identification Program (FSA SIP) and was training hard in Term 3.

The program culminated in the state carnival over the October long weekend where Milli represented the U11 SIP East (girls soccer). Her team went undefeated. Congratulations, Milli!

Each year the Australian Music Examinations Board (AMEB) chooses one outstanding instrumentalist from each exam section to perform at the AMEB Awards Showcase held in Elder Hall in December. This year Marco 7JHEA has been chosen to accept this honour. As a result, Marco completed a recording at the 5MBS studios, with other special award winners, and this performance will be airing next year. In addition, he was awarded the Standish Roberts Brass Medallion for his performance in the Adelaide Eisteddfod – another great honour. Concordia congratulates Marco for these remarkable achievements.

Congratulations to Christopher (Chris) 11GGRA who was recently presented with the St John Ambulance SA Youth Member of the year for 2021 award at Government House. A fantastic achievement!