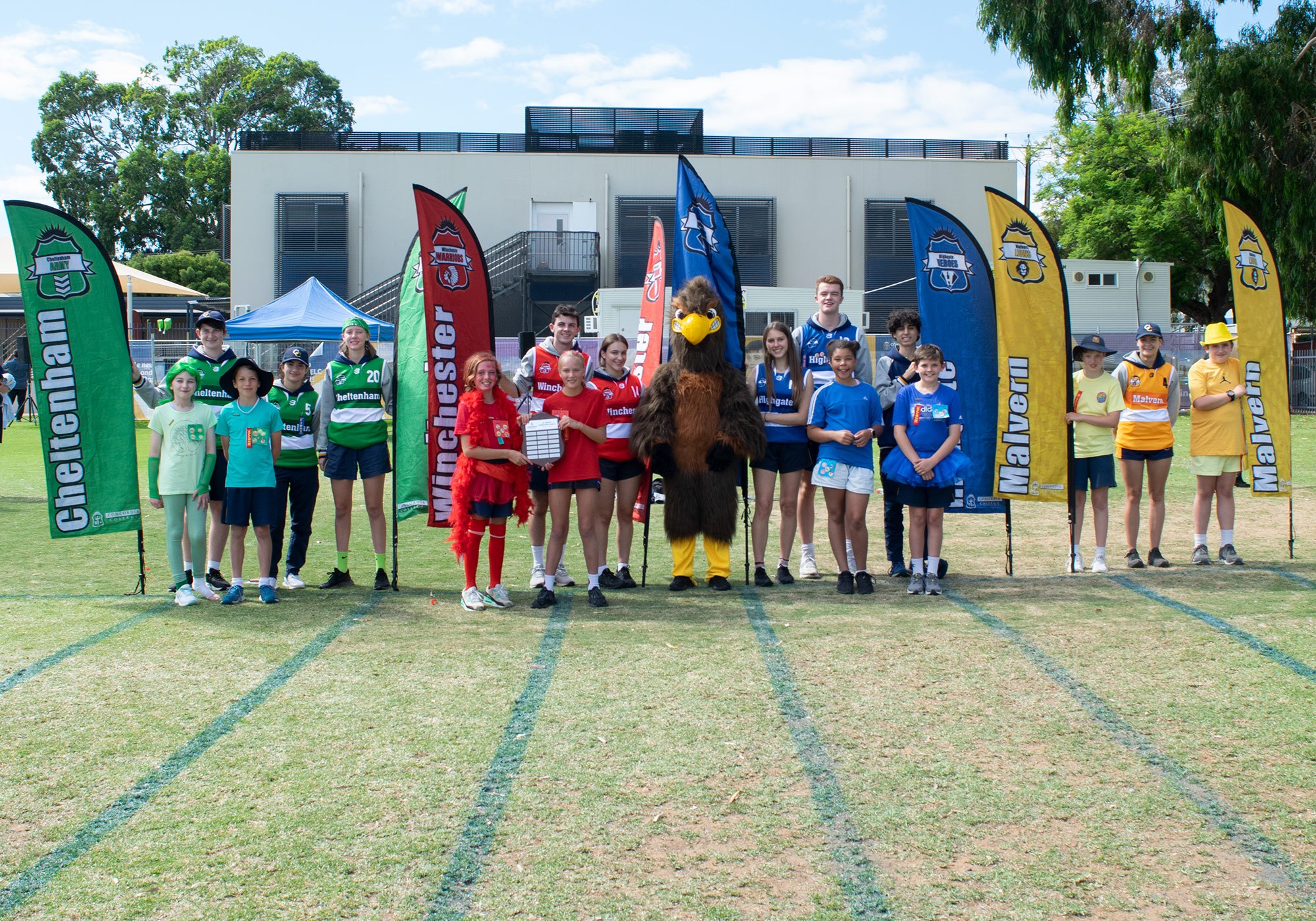 On Friday 25 March, Concordia held its annual Primary School Sports Day in ideal conditions. Our students looked brilliant in their House-coloured clothes, with many adding coloured hair, socks and other accessories to show their allegiances.

House pride could be heard around the streets of Highgate as the senior students led their house raps in a bid to gain valuable points awarded by ELC and Primary School Principal, Mr Paech. It was Winchester who won the rap battle, earning six points which saw them gain a narrow lead over the other Houses.

All year levels then competed in tabloid events with Junior Primary students participating in novelty relays while the Upper Primary students demonstrated their skills in a range of field events, including high jump, shot put, long jump and long throw.

The last events for the day saw students in Years 3 to 6 compete in baton relays for the final few points of the day.

After the relays finished, the crowd noise settled as scores were announced. Like last year, Winchester and Highgate were again contending for the Sports Day Shield. This year it was Winchester’s turn to cheer in celebration as they were announced 2022 Sports Day winners.

Congratulations to all of the students who participated and displayed their skills on the day. A huge thank you also to the staff members and parents who helped and supported on the day.