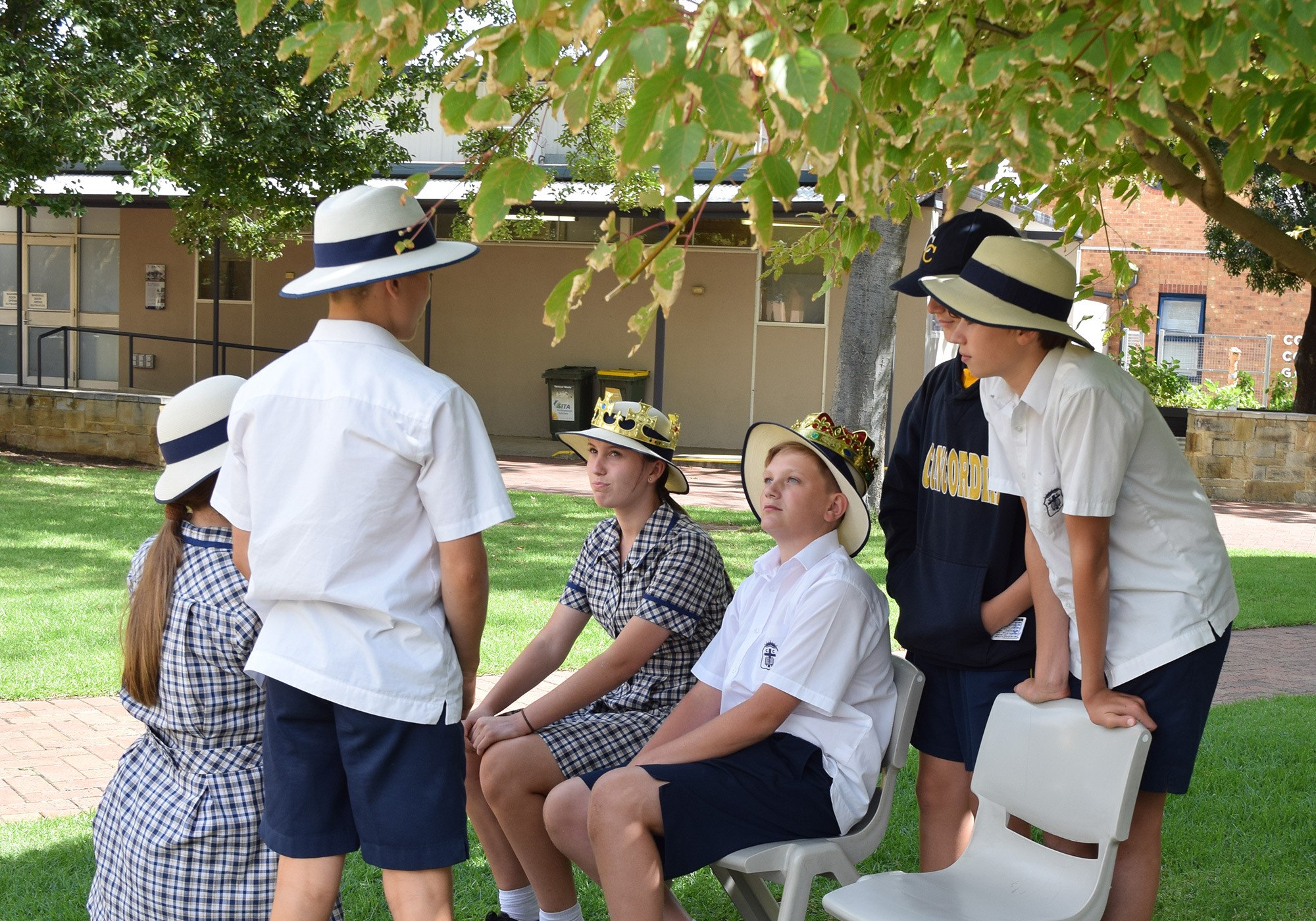 During our medieval Europe unit, all Year 8s participated in a feudal society simulation. In the Quadrangle, we were given roles, including a king, queen, lords, knights, peasants and serfs. The king gave each lord a section of the Quad plus some knights and peasants to work the land. We worked for six minutes which represented the six working days and the peasants had to make 3cm x 3cm cards with drawings of exact crops and coins, then these were used as money and to pay taxes. We stopped to pray for one minute after each working week to represent Sunday. We had a king that went around and collected tax from each lord. At the end of the game, we exchanged one crop/coin for one Skittle or M&M.

The simulation helped students learn about each level of the feudal system and the exchange of loyalty for food and taxes. It showed how people used or lacked power; from the kings who controlled the game, to the lords who charged their peasants huge taxes, to knights who were required to protect their fief from thieves, and the serfs who were bound to their land. The strict order and occasional chaos of the simulation was a great way to see the feudal system in action!