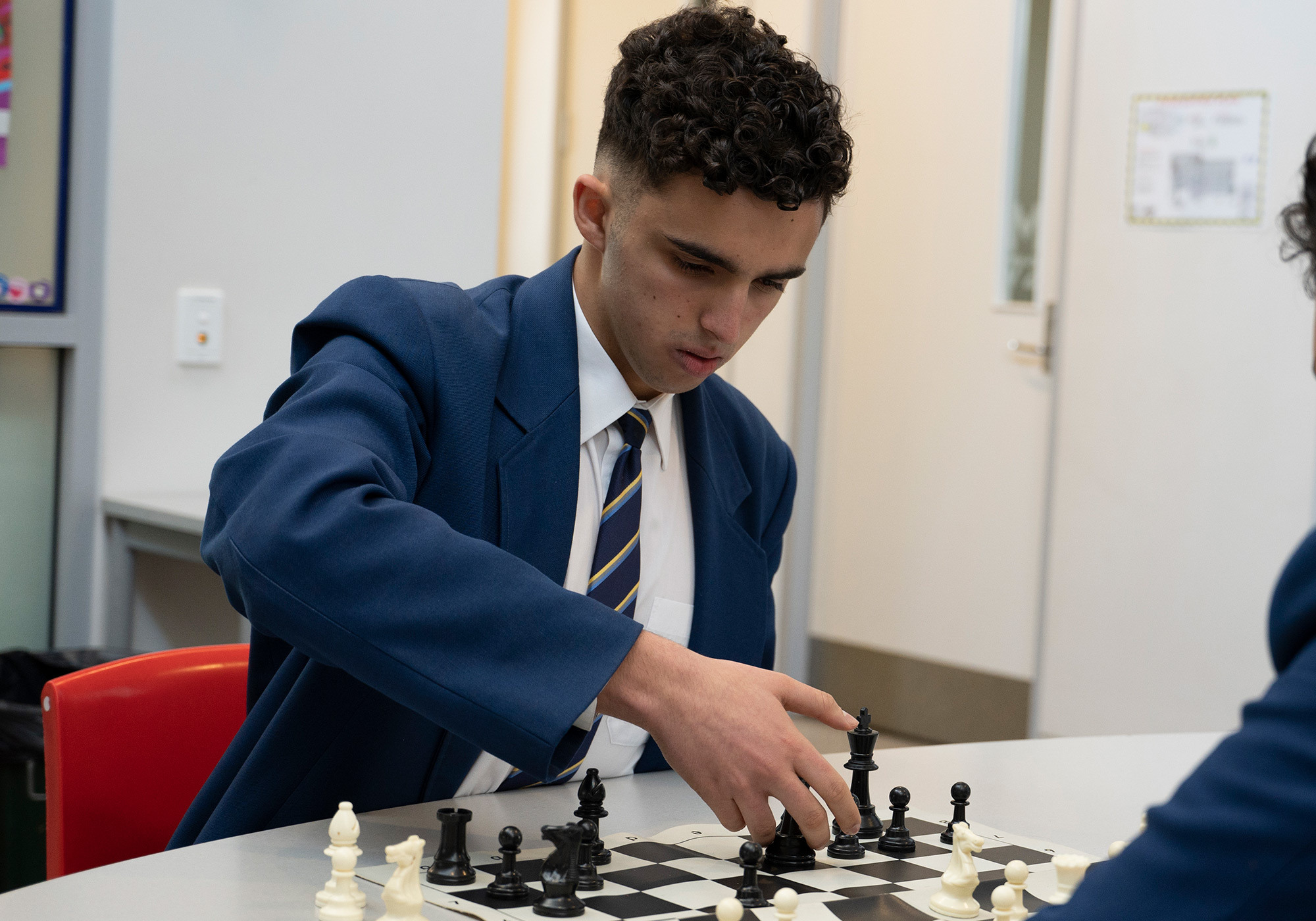 The House competition expanded into the sport/game/hobby of chess this year. There were two tournaments, one for Years 7-9 and one for Years 10-12. The 10-12 tournament was taken out by Year 11, Mina 11MSMI, while Bill 9NSHR won the 7-9. Both players represented the House of Malvern, as did both runners up which adds interest to the overall House Shield totals. Worth mentioning is that Bill managed to win all games playing with the black pieces.

All students involved, whether they be fans of chess or just House Leaders, showed great enthusiasm for this new addition to the House competition. We look forward to it being a permanent fixture in years to come.

Below is the notation from the Year 7-9 final. At move 19, white resigned.