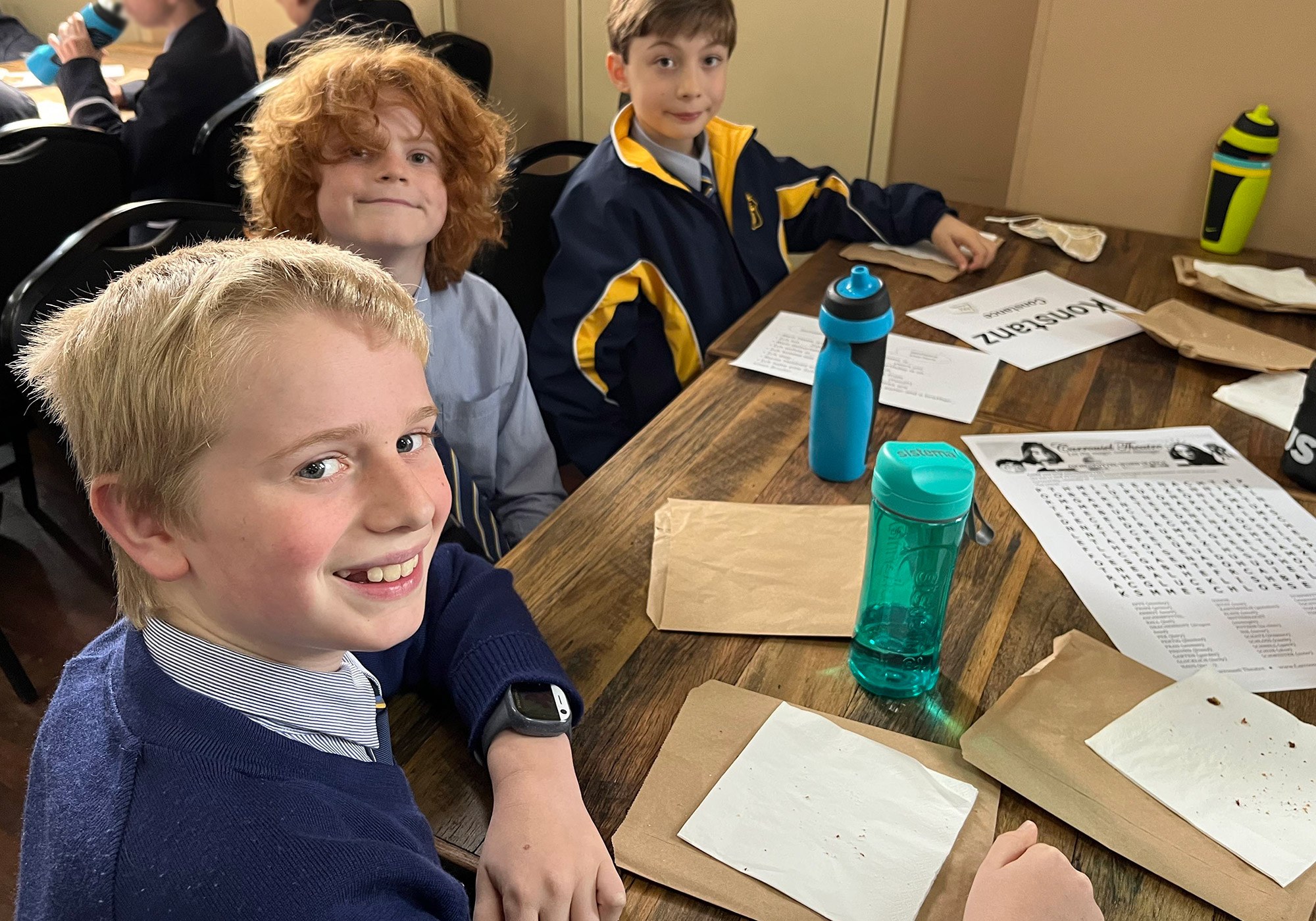 On Tuesday 9 August, 20 students in Year 5 and Year 6 represented our school at the inaugural South Australian German Week Primary Activity Day which involved several schools from throughout Adelaide and was held at the Austrian Club at Ovingham.

Students were treated to a special bilingual performance by renowned Melbourne puppet theatre company “Carrousel” which told the traditional fairy tale story of “Aschenputtel” (Cinderella). Students were then put into a variety of groups, each with representatives from different schools to take part in a German quiz which included questions specifically on the German language, German general knowledge, geography, and questions related to German-speaking countries. All had a great deal of fun, and it was exciting that several of our students also took out the winning prize.

A special highlight of the morning was the delicious traditional German morning tea which included “Brezeln” (Pretzels) and “Mamorkuchen” (Marble cake).

The excursion provided all students with rich learning, full immersion in German and a wonderful opportunity to connect with German language learners from a variety of schools.